As Hamlet might have said if he’d been overcome by the urge to tuck into a juicy steak halfway through his famous soliloquy, “To broil, or to grill that is the question?”.

Honestly, it’s a question that we hear a lot, so don’t worry if you’re in the same boat as Shakespeare’s Danish protagonist, and don’t know the difference between broiling and grilling, not a lot of people do.

And, at the end of the day, there really isn’t a lot of difference between the two, it’s just a matter of deciding which method of cooking you prefer.

So Broiling And Grilling Are The Same Then?

Yes and no. They’re the same in that they both use the controlled application of direct heat to cook, but they’re not the same as the methodology used to apply that heat is completely different. Confusing isn’t it?

It’s no wonder that a lot of people get them mixed up, and that’s why we’re going to explain exactly how they differ from each other and look at a few of the traits that they have in common.

Fire Up The Grill

One of the most American of pastimes, grilling is a backyard and outdoor method of cooking that entire generations of families have taken to heart. And it’s an incredibly simple way of cooking food in which the heat used to turn all kinds of delicious meats and vegetables into a feast fit for kings is applied to whatever it is that’s being cooked from underneath.

Let’s say we’re going to cook a steak. We’d fire up the grill in our yard or at the campsite, wait until it was incredibly hot and then we’d place that steak on a rack or grill plate that was mounted above the heat source. Every few minutes, we’d then turn that steak over with a pair of tongs to ensure that it was cooked evenly, and had a perfect sear, on both sides. Once it was cooked exactly how we wanted it to be, we’d take it off the grill, and serve it.

But then, you’ve probably been to a hundred different tailgating parties, or backyard barbecues and have seen countless steaks, burgers, and hot dogs being grilled by a legion of amateur and not so amateur chefs, so we’re not telling you anything that you don’t already know.  We know that you know what grilling is, we just wanted to make sure that you had a clear picture of it in your mind’s eye before we started talking about broiling.

We know it isn’t the most fetching of names and we wish it sounded cooler because well-broiled burgers and steaks are one of life’s greatest pleasures.

Technically, broiling belongs to the same school of culinary preparation as grilling does, and if you looked it up in the dictionary, it’d probably be filed under grilling as some sort of weird addendum or footnote. Here’s where things get a little freaky though because grilling is based on using heat from underneath to cook something, whereas broiling uses overhead heat to cook.

So, we’re sure that you all know what a toaster oven is, and you’ve seen them being used in kitchens to cook all manner of things (they’re not just about toast), but the only way to really broil like a champion is with a toaster oven. Because toaster ovens use a top-mounted heating element to cook with, they’re ideal for broiling.

Like grilling, you need to turn whatever it is you’re broiling every couple of minutes in order to ensure that it’s cooked evenly on both sides, as the overhead heat that broiling uses, means that only one side of the steak, burger, or whatever it is that’s in your toaster oven is receiving the direct heat at any given time. 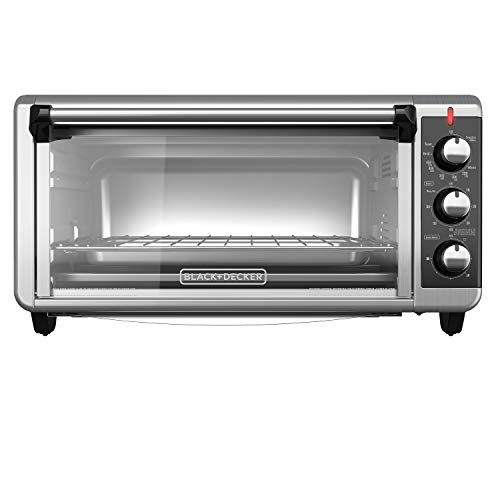 Essentially, the only major differences between grilling and broiling are that the latter uses overhead heat to cook with the former cooks by using heat from underneath.  There are however a number of other smaller, seemingly insignificant, differences that separate them.

And they’re the major reason why so many people fall into either one or the other camp and tend to favor one method of cooking over the other. There are broilers and there are grillers but there are very few broiling grillers or grilling broilers.

Broiling, on the other hand, is mainly an indoor thing. Because of the way that the ovens and the heat source need to broil something works, the ovens used for broiling are mainly powered by either electricity or natural gas. Sure they’re small and portable enough to take with you when you go camping or can be set up in your yard, but why would you want to broil outside when you can grill?

And while the meat or whatever else it is that you’re cooking can be placed directly onto the grill surface, in order to broil you need a pan. If you didn’t use a pan for broiling, the fat and juices would spill everywhere, and they’d make sure that cleaning your toasting oven was one of those nightmare tasks that nobody ever wants to face.

Then there’s the last, and probably the most crucial difference that separates both, and that’s the level of heat that they use to cook. As the direct heat in grilling comes from underneath, you can turn it all the way up and use as much of it as you can handle, and your food can take, to cook with. With broiling, you’re trapped by the amount of set heat that the element of the oven can generate in order to lose yourself in the thick of the broiling battle.

To Broil Or To Grill…

That in a nutshell is what separates broiling from grilling and grilling from broiling and the only thing that determines which side of the cooking fence that you fall on is whether you prefer your heat to come from below or above.